Welcome to Adams Book Co.’s blog. This is place for our thoughts and feelings…about books! The goal of this page is to provide a centralized source and education hub for our book recommendations, news about new paperback and textbook releases, curriculum inspiration, ideas for your classroom, and our opinions on the evolving publishing landscape, namely the emergence of digital content platforms such as eBooks and learning apps. 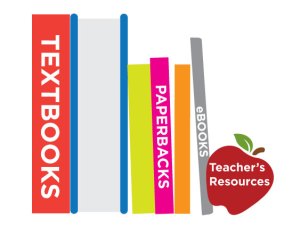 We look forward to engaging with you our customers through this platform, getting your feedback and thoughts, and providing information that you find useful.

Adams Book Co. supplies any book in print, bringing together the convenience of the web with full access to real live people (toll free!). Our dedicated customer service team is eager to help schools access the books you need, quickly and inexpensively so that you can focus on what you do best: TEACH!

Google announced that they’re effectively merging compatibility between the ChromeOS and Android by making Google Play applications available on Chromebooks. Right now only a select number of Chromebook models have full access to the  Play Store, with many more devices to be added throughout the rest of 2016 and 2017. The list of supported Chromebooks may be viewed here.

Android-compatible Chromebooks  will be able to download applications that can view DRM-protected eBooks with the extension .acsm. All eBooks produced by major publishers are required to be protected by DRM and opening up the ecosystem to other players means that readers can install their books on their Chromebooks – whether they’re purchased from Adams Book Company or another supplier. Until now, Chromebooks could only access eBooks purchased from Google Play, which no longer has a feasible classroom distribution model or from a retailer with a web viewer. The latter still required access to the internet, which can be problematic. Instead of being restricted to reading applications with web viewers, Chromebook educators will have access to a wider range of reading applications and can choose a tool that best fits the needs of his or her classroom.

Most major publishers require that digital formats of their titles be protected by digital rights management (DRM) when they’re distributed to readers.  K12 Student Direct utilizes the industry standard, Adobe DRM, when protecting EPUBs and PDFs on behalf of publishers. We’ve compiled a list of applications which are compatible with DRM and outlined their features so that you can take full-advantage of using a non-proprietary format.

END_OF_DOCUMENT_TOKEN_TO_BE_REPLACED

Happy Fourth of July! To celebrate Independence Day, we’ve put together a list of Independent Reading books for middle grades, which, incidentally, make great summer reading. And since summer is in full swing, take the opportunity this holiday weekend to enjoy the liberating power of reading! 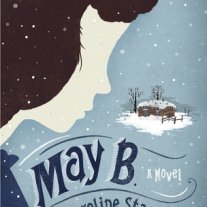 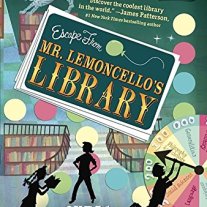 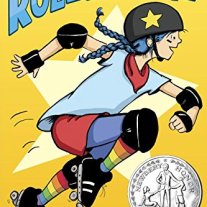 The new trailer for the live-action version of “Beauty and the Beast” has us hearkening back to the animated classic and our first introduction to our beloved, book-ensconced Belle.

So while we wait for a deeper glimpse into the fantastic library scenery of this new adaptation, we can also look to our own shelves for fairy-tale retellings that resonate with the thrill of timeless stories.

Read on for our picks of novels new and old inspired by classic folk and fairy tales. 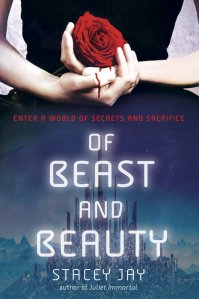 END_OF_DOCUMENT_TOKEN_TO_BE_REPLACED

School may be coming to a close, but as summer starts we want to echo Mr. Bennet’s encouragement to READ ON!

Okay, so that line isn’t in the book, but it is in the BBC miniseries, and that’s the best adaptation. And it’s totally within Mr. B’s bibliophile nature as something to say. Always looking for a peaceful moment in which to read his book; could Mr. Bennet be the most relatable character in Jane Austen’s works?

In any case, as you encourage your students to take on summer as a season of reading, you can fulfill your Summer Reading list with books from Adams Book Company! Here is a list of all kinds of books that would be great for summer reading.

A Lesson Before Dying, Angela’s Ashes, 1984, Behind the Beautiful Forevers, Cold Mountain, Friday Night Lights, Great Expectations, The Absolutely True Diary of a Part Time Indian, The Bean Trees, The Color Purple, The Joy Luck Club, The Kite Runner, The Road, The Tiger’s Wife, Fast Food Nation, The Alchemist, Salvage the Bones, The Beautiful Struggle, How to Read Literature like a Professor

Since Teacher Appreciation Week (May 2-6) is officially a weekday-type celebration, we present to you the Five Days of Teacher Week. We turn five gifs into traditional gifts that should be  given to teachers during the first week of May.

On the fifth day of Teacher Week, my students gave to me…

END_OF_DOCUMENT_TOKEN_TO_BE_REPLACED 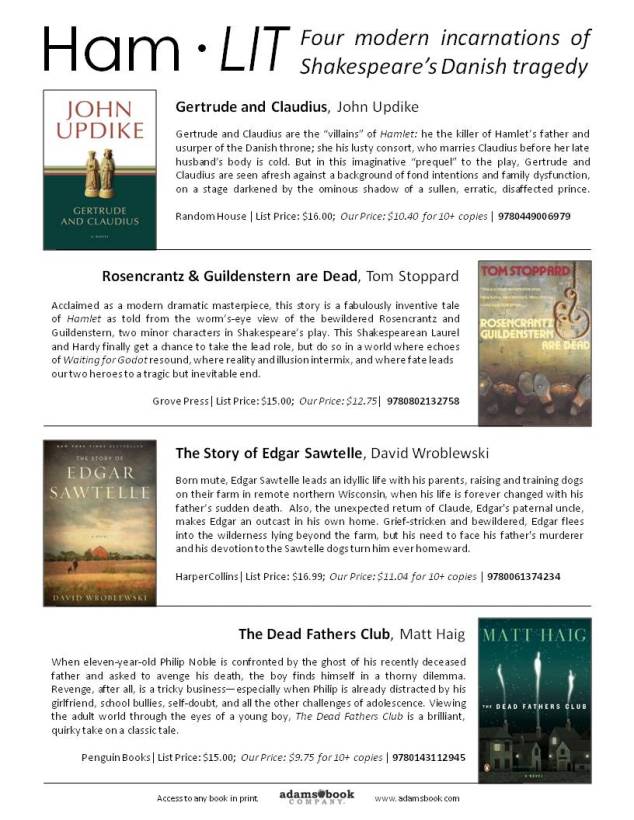 Fair Verona? A bitter, bloody feud has bubbled up to corrupt the charming atmosphere of this vibrant city of Italy. The struggle for power between unrelenting sides has driven the stakes ever higher until the very existence of one house is abhorrent to the other.

A. “Mystery at Moorsea Manor”

B. “Clue in the Crossword Cipher”

[CITIZENS]: “Clubs, bills, and partisans! strike! beat them down!
Down with the Capulets! down with the Montagues!“

A. Mercury, masoned sable, with a magpie membered.

For your results, and to get the PRINTABLE of this quiz, click END_OF_DOCUMENT_TOKEN_TO_BE_REPLACED

Important subjects are often the hardest to teach, and if history and stories teach us anything, it’s to remember, and to be better in the present and the future. April and May are two important months– first, April is Genocide Awareness and Prevention Month, and May 4th-5th is Holocaust Remembrance Day.

To help teach about the Holocaust and genocides of past and present, we’ve put together a book list for students of all ages. If you’ve taught this subject before, and have advice to share with the Adams and educator community, please let us know.

The Tree in the Courtyard: Looking Through Anne Frank’s Window by Jeff Gottesfeld and illustrated by Peter McCarty, is a beautiful story written from the personified perspective of a horse chestnut tree. The tree grows and watches a young girl in hiding write in her diary by the window. As Gottesfeld does not mention the war taking place, or the horrifying history unfolding, the story is powerful, and a great introduction to the Holocaust, and Anne Frank, to children unfamiliar with the history.

I Will Come Back for You by Marisabina Russo is based on the experiences of the author’s own family. Set during WWII, this book tells the story of how a Jewish Italian family survives the war by going into hiding. Through beautiful imagery, the book is a great introduction to children not familiar with the horrors of WWII.

The Harmonica by Tony Johnston and illustrated by Ron Mazellan was inspired by the true story of a Holocaust survivor. When a young boy is separated from his parents, a harmonica gifted to him by his father, is both his tool for strength and hope, as well as survival.

Zlata’s Diary by Zlata Filipovic is the published personal diary of the author. Zlata started writing in her diary as a 10 year-old in 1991 in former Yugoslavia, at the beginning of the Bosnian War. As the book is told through daily diary entries, we read about the war through the eyes of an innocent.

The Book Thief by Markus Zusac may be told from the perspective of death, but don’t let that scare you away from this great read which focuses more on the chilling events of World War II than the narrator’s identity. The Book Thief follows the story of Liesel, a nine-year old girl living with foster parents in Germany. Although set during WWII, Liesel leads an ordinary life, going to school and making friends in the neighborhood, when her life is disrupted by a Jewish man, Max, living in hiding in her family’s basement. Max and Liesel soon develop a friendship because of their shared love for words, and although Max cannot safely leave the confines of the cold and dark basement, Liesel and Max forget the terrors of the outside world through stories. Throughout the story, Liesel grows up, and learns what it means to be a part of a family, a citizen, a writer, and a book-lover.

The Journal of Jesse Smoke: A Cherokee Boy, The Trail of Tears by Joseph Bruchac tells the story of Jesse Smoke as he and fellow Cherokees are forced West by the U.S. government in what is known today as “The Trail of Tears”. Although Jesse’s story is filled with sadness, it is also filled with pride and respect for his people’s customs. This is an important read today as it provides insight into a historical event in American history that is often hidden.

Never Fall Down by Patricia McCormick is based on the true story of Arn Chorn Pond who survived the Killing Fields of the Khmer Rouge. This story tells of the personal decisions Arn made–whether it be working hours in the rice paddies or pretending to play an instrument– to survive. From child of war to activist, Arn’s story is sure to keep you on the edge of your seat. 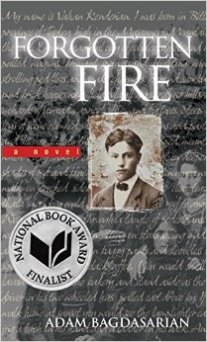 Forgotten Fire by Adam Bagdasarian is a historical fiction that follows the journey of Vahan Kendarian. Vahan is living a charmed life as the youngest son of the most influential Armenian families in Turkey, when everything changes in 1915. Over the course of three years, Vahan learns the true meaning of grief and survival. Although a sad subject matter, this story beautifully displays the strength of the human spirit during a period of darkness.